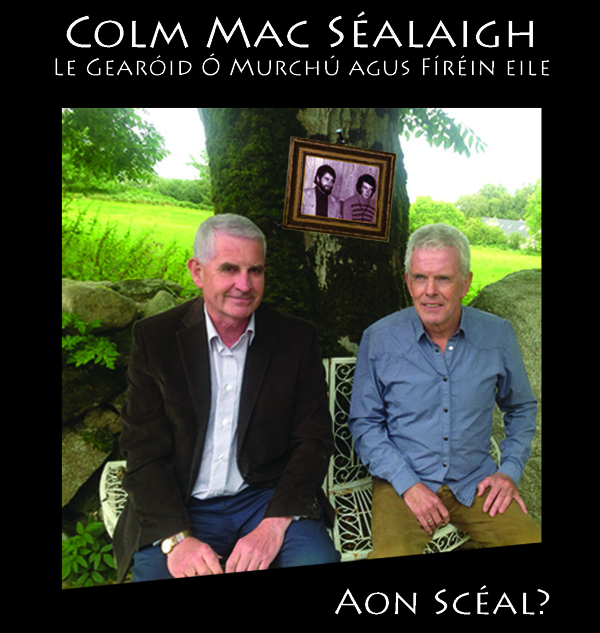 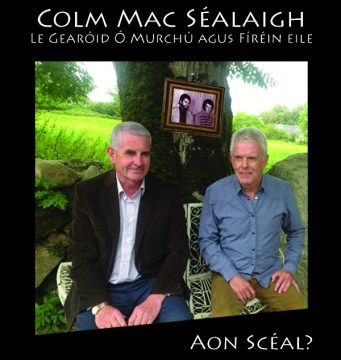 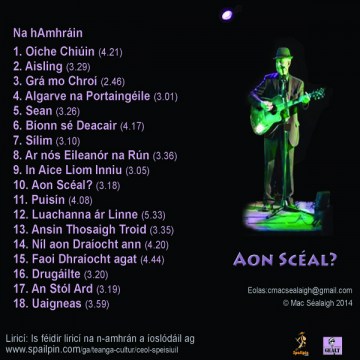 Back to: Irish Music

Aon Scéal? (Any news?), an album of contemporary songs in Irish, written by Colm Mac Séalaigh and performed by himself and 'Na Fíréin' friends.
€ 10.00

Colm Mac Séalaigh has been composing contemporary songs in the Irish Language for many years now, his most famous piece of work being the great lyrics he composed for Na Fíréin's hit, 'Tír na nÓg'. On this album he is joined by Gearóid Ó Murchú (An Spailpín Fánach) and Clíodhna Ní Mhurchú who sing some of the songs. The album also features the very accomplished guitar-playing of Eoin Smith, ex Na Fíréin

Colm is very well known in Irish Language circles, through his connections with Coláiste Chamuis agus Coláiste Eoin and through his involvement in sport, hurling in particular.

Song lyrics can be downloaded in PDF format.